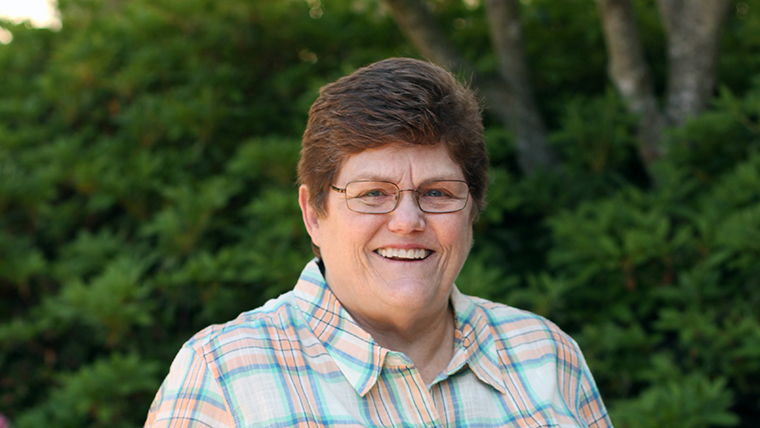 Born in Clovis, NM, Debra made her first move at the age of 3 months, living the life of an Air Force dependent in North Carolina, England, California, Florida, Okinawa, and Panama. She graduated from Kubasaki High School on Okinawa and then from the University of South Carolina with a Bachelor of Science in Nursing.

Debra has worked as a Registered Nurse in medical and surgical cardiac units in the Carolinas and Pennsylvania. She attended Southeastern Baptist Theological Seminary before being appointed as a missionary. She was with the International Mission Board for nine years, serving as a Nurse Educator at the Baptist School of Allied Health Sciences in Gaza City, Gaza.

Debra has three sisters and brothers-in-law, and adores her four nephews and three nieces. Winston-Salem became “home” after returning from Gaza and her parents moved here when her father retired from the pastorate. One of her sisters moved to Winston-Salem with her family shortly thereafter, and they now have two beautiful little girls. All attend Ardmore Baptist Church.

Debra enjoys spending time with her family, playing golf, and reading. She is inspired by listening (and watching) the faith journeys of others who seek to follow Christ daily, wherever they are.

Fun facts about Debra: In high school she sang and played guitar as the youngest member of a band called “The New Trend.” They travelled all over the island of Okinawa, singing at military bases, in churches, and anywhere else they were invited. The group won the island-wide Best Christian Folk Group contest. The highlight for Debra was being the opening group for a full weekend of concerts with Andre Crouch and the Disciples. The closing concert was at her school, with almost 1,000 students and teachers present.

“As early as age 5, I knew I wanted to be a nurse. Many years later, I felt that God had something “particular” for me to do. Serving in Gaza was the result of that time of seeking and following. After returning from Gaza, I worked as a nurse at Baptist Hospital. I felt a strong ‘nudge’ to apply for an open position here – one totally unrelated to nursing. It just seemed ‘right.’ Later, the church sent me to Basic Parish Nurse course, and I have also served as the volunteer Faith Community Nurse since then.”