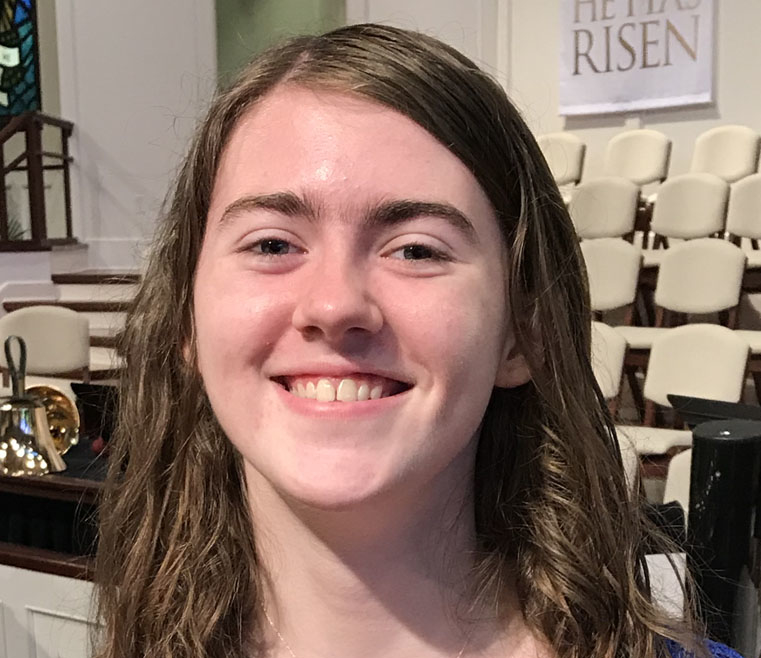 Hello, my name is Kallie Graves, daughter of Jason and Darby Graves, and younger sister of Emily. I’m 14 years old, soon to be 15 in May 2018. I go to Reynolds High School, and I love it! I’ve been going to Ardmore my entire life, from tot to teen. The family of Ardmore has been one of the few things I turn to when I feel worthless. They remind me that I’m not. I am a child of God. Speaking of Him, I’ve felt His love through everything the church does. I’ve felt His love throughout my entire life, especially in these recent years. When I was first inducted into the youth group in 7th grade, we went on a trip to BigStuf. At first I just thought, “Eh, it’ll be okay.” It was better than “okay!” It was the most phenomenal five days I’d experienced up to then. It was very enlightening. I was able to grow closer to God and my fellow youth through sermons, music, and Bible studies. I also love the symbolism of the sea. Peter lost faith, briefly, and began to sink into the waves, crying out in fear. But Jesus, who believes in us all, called to him, saying, “Oh, you of little faith, why did you doubt?” And He pulled Peter back into the boat. He will not let us down.

We are young. God is old. Yet, He cares for us. I have something from the Lord of the Rings trilogy, then I’ll stop my tangent.

“All that is gold does not glitter.” That’s love, His love for us.

“Not all who wander are lost.” We wander, but Jesus brings us back, so we are not lost.

“The strong that is old does not wither.” God will never not be strong enough to carry us.

“Deep roots are not reached by the frost.” The love that connects us all to God will never die.

So, yes, that trip two years ago was when I connected with God. I felt like it was time for me to be baptized! But I was scared, so I kept putting off telling people that I was ready, ‘til that thought eventually packed up its suitcase and moved to the back of my mind. I went a year and a half without really giving the notion much thought, until the weekend of D’Now 2018. At that time, I was going through a really rough patch at school, and I felt helpless. Before the trip, I’d thought of not going so that I could do nothing all weekend. That was a time when I felt very distant from God. But when I got there, I realized just how much I would have missed out on, and I thought to myself, “How could you have thought about not going to this?” On Saturday, I heard the call. It was in the homey basement at the Cothrans’ house. I’d noticed, of late, that our group had seemed much more open towards each other, and we really focused on God and what it means to be a Christian. I decided then and there to be baptized.

But I was still scared. Then, the following morning, Dane announced that Lisa had made the decision to be baptized, and that gave me the little push that I needed to be able to step forward and say that I accept Jesus as my Lord and Savior. I’m thankful to her for that. When Brook also decided it was time, I was ecstatic. I fear being alone in the spotlight, so being joined by two of my friends in this decision was comforting.

I’ve had several problems in the intervening months, and they’ve all been sorted out, and I’m feeling lighter and freer that I have in a long while. God has helped me realize that I was ready, and now I’m sitting here writing about some of the best moments of my life. I hope this encourages fellow members to continue to trust in God. He saved me this year, and He can save you, too. No matter what! Love y’all! 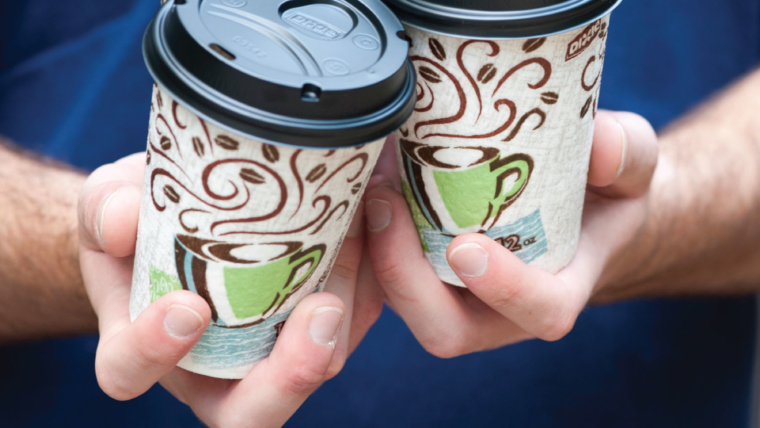 God at Work … The Power of Coffee and Donuts 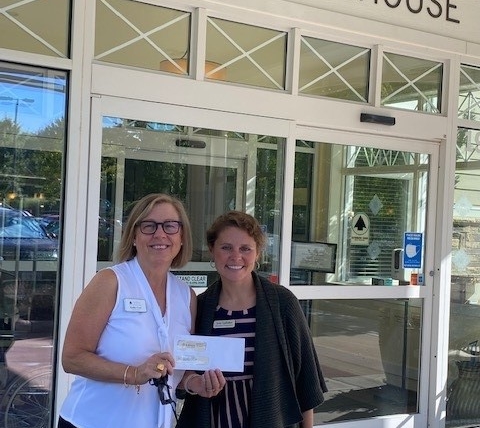