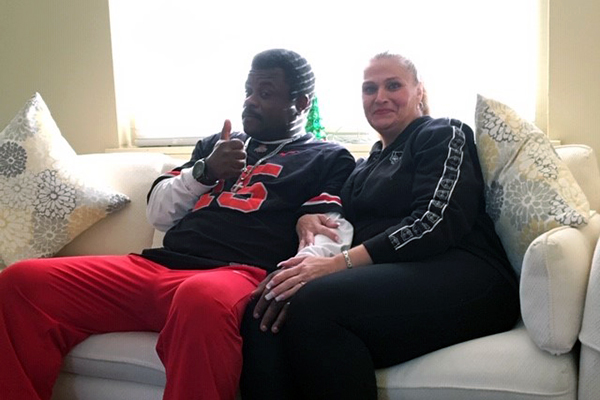 I met her on November 19, 2019.  We were seated at the same table at the annual Bethesda Center’s breakfast for Heroes for the Homeless.  My husband, John, was one of the four original heroes, having been one of the founders of Bethesda Center for the Homeless thirty-two years ago.  Tammy was there that morning to share with the attendees some of her story as a former guest of the overnight shelter, where she slept during the time she was homeless.  Tammy worked with a Bethesda Case Manager to develop a plan to stabilize her life and find and move into affordable housing.  In our conversation over breakfast, Tammy shared with me that the Bethesda Center had literally saved her life.  She was beyond grateful, but wistfully said that she wished she could get some furniture for her home.  I learned that the only furniture in her apartment was an air mattress.  She and her husband were on a “wait list” to get some free furniture, but it would be late January, 2020, before it would be available.

Earlier in November, Ardmore Global Women had unexpectedly received a generous financial donation from an Ardmore member.  During the previous year, we had learned from the founders of greeNest, guest speakers at one of our monthly meetings, that this non-profit received donations of gently used furniture and household items and sold them to clients referred by other non-profit helping agencies such as Bethesda Center at affordable prices to people trying to get back on their feet.  Bingo!  I called the Case Manager for Tammy.  ABC Global Women offered to pay the $150.00 to purchase approximately 3 rooms of furniture.   On December 19, I watched as Tammy and her husband excitedly chose furniture and kitchen household items to make their apartment a comfortable home.  Global Women members recruited four men of the church (Ron Hunter, Rick Jordan, Bob Spears, and Randy Speer) who volunteered trucks and manpower to move the furniture.  In a 3-hour period that afternoon the empty apartment became furnished in time for Christmas!  Additionally, another Ardmore member, Martha Taylor, heard of this need; she and her husband, Marvin, donated and delivered a coffee table and two end tables on Saturday, December 21.  Upon learning the couple had no Christmas decorations, the Taylors donated and delivered a Christmas tree and other Christmas decorations to this very grateful couple.  Later the Taylors’ daughter and son-in-law, Philip and Meredith Ticconi, donated a bed to replace the air mattress.

What a joy it was to watch as God brought together the needs of this couple, the generous donor who provided the financial resources to meet these needs, the generosity of persons who donated furniture to greeNest, the wisdom of personnel at greeNest to make the furnishings available at a nominal price and the willingness of eight volunteers from ABC to move furniture in the busy Christmas season!  The joy on Tammy’s face and the tears in her eyes that December Thursday afternoon brought joy to my heart and tears to my eyes.  It is my prayer that God will continue to work in the lives of this couple as well as in the lives of those of us who were blessed to be His hands and feet in this Christmas season.
– Ann Canupp 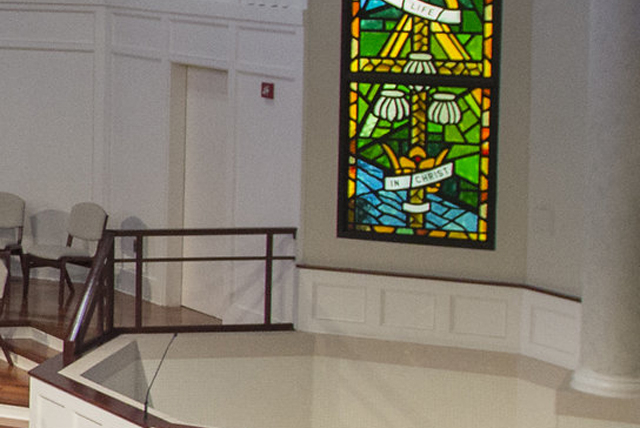 An Open Letter to the Congregation